Burrowed Into The Soft Sky was the third album by The Doomed Bird of Providence and was the last release on Manchester label Front & Follow. It was also the first release on vinyl. Two songs, both almost twenty minutes long, that explored two contrasting but related themes. One was the savagery that frequently accompanies colonialism. The second was the occasional empathy that takes place in such a context. Although the empathy in this case was based on a work of fiction (Voss by Patrick White).

“The first composition, ‘Burrowed into the Soft Sky’, takes its cues from Patrick White’s novel Voss, based on the fateful final journey of German explorer Ludwig Leichardt. It’s a song that depicts a man’s doomed fate in his desire to explore and conquer the unforgiving lands of the Australian interior. Starting off as pastoral haze of pastoral woodwind sounds and strings that scrape and wheeze, the piece stretches out into the shimmering heat of the sun, alternating between stark minimalist folk violins and the noisy outburst of a primitivist take on post-rock designed to emphasise the swing in moods and the sweeping rawness of the environment, as the maw of the Australian landscape first captivates, then traps the characters in adversity and despair.

The second composition, ‘The Blood Dimmed Tide Is Loosed’, is a much more ominous affair, with a tense and foreboding opening of grinding cellos and piercing violin squeals that takes its lead more from horror soundtracks than post-rock instrumentals. Taking the title from one of the chapters of Exclusion, Exploitation and Extermination (and in turn from WB Yeats’ ‘The Second Coming’), there is a prelude of fear that only sets you up for a violent denouement. A crashing blast hurls the band into a maniacal frenzy. Huddled around a cascading riff that seems to go on forever while smearing and defiling their playing with squalls of feedback and the clattering of drum kits and various objects, the noise they throw out attempts to portray the sweeping tide of debased violence and virulent evil of various atrocities by white colonials committed to wiping out entire communities of aboriginals and various alien communities in the hope that “the n—-r will disappear…”. The aftermath of such barbarism sees Doomed Bird play in an almost shell-shocked manner, as cold drones waft over the carnage. But towards the piece’s climax, the apocalyptic dirges, drones, and screams rear their head again to remind the listener that there is no happy ending, or reckoning of justice. All there is is the continuation of violence and brutality.”

This is the final F&F released work that we are putting here. Going for a song at

One thing rarely mentioned with the vinyl release is that we put a locked groove on one side. Possibly influenced by Sonic Youth’s Evol and Melbourne band No‘s first EP.

You Brought the Knife was a 2015 EP by The Doomed Bird. It followed the story of Maria Murray who was brought to Van Dieman’s Land after stabbing someone. The lyrics are based on court transcripts, and the huge help of a researcher in Tasmania who was writing an essay on the ship Maria Murray was transported on – The Borneo. Maria Murray was the mother of Fedicia Exine who featured on the first Doomed Bird album Will Ever Pray.

The artwork was by Australian artist Peter Aldrich.

There is a very limited number of physical items available also on Bandcamp plus pay what you like digital DL.

Blind Mouths Eat was the band’s 2nd album. As much as the first album dealt with grim subject matter the 2nd was perhaps worse in some respects. The material was drawn from two main sources. One was Unearthed: The Aboriginal Tasmanians of Kangaroo Island by Rebe Taylor. One thing Taylor looked at were the horrendous ‘pirates’ that loitered around parts of the southern coast and their atrocious treatment of local indigenous Australians. Another source was a privately printed diary of a women who lived on coastal Western Australia and who gradually dies of tuberculosis whilst describing her (deteriorating) day-to-day life.

The album received a very good critical response, including a full page review in Wire Magazine by Clive Bell:

“Sometimes cussedness is an essential virtue for musicians. The Doomed Bird Of Providence’s Mark Kluzek oozes cussedness like sweat. He’s an Australian in exile, assembling a group of Brit players to realise his singleminded vision, which involves Kluzek barking out blacker than black tales of horror and misery from Australia’s early history. Blind Mouths Eat is his second bulletin from the festering underbelly of 19th century Oz.”

Justin from Front & Follow has also managed to locate a few physical items which are available to buy also.

In addition to this, three of the releases are available as a bundle to buy for cheap:

What genuinely shocking news it was to hear that such a unique figure like John Hannon had passed on. As well has producing great music himself under various guises , he also ran No Recording Studio through which so many artists have walked and have been guided by his very thoughtful, intelligent but understated approach. He bent over backwards to help the Doomed Bird do the last EP and if it sounds good it is because of him working his magic. His whole approach really made an impression on me. So it was unexpected and it makes you think that there isn’t a great deal of rhyme or reason to how things happen. Very sad news.

The Bell of the Jardines/The Death Flurry single is now available as download only on The Doomed Bird of Providence’s Bandcamp page. This was released as a very limited cd on Front & Follow with Peter Aldrich’s wonderful image on the front. The Death Flurry was the first Doomed Bird song proper but didn’t show up on the first ep or album. The Bell of the Jardines has the wonderful viola and voice of Rachel Laurence.

The Death Flurry was originally inspired by Harry Robertson’s song Norfolk Whalers from the 1971 album Whale Chasing Men. It also took some inspiration from the Oswald Brierly painting The Death Flurry.

The Bell of the Jardines was inspired by the story of Frank Jardine and the ship’s bell he used to attract passing ships from the very remote location of Somerset in north Queensland.

Will Ever Pray was released in 2011 and was the band’s debut LP. Released on Front & Follow, it was a carefully put together work (in terms of the recordings and Justin Watson’s effort to do something quite unique with the design of the cd) that received very positive reviews. The reviews, fairly typically, remarked on how dark/grim the music was which was fair. It also received some very solid BBC6 airplay courtesy of Tom Ravenscroft.

As Front & Follow have winded down, we are putting the album up for download if you didn’t get it the first time around and would like to now.

As Justin gradually winds down Front & Follow, The Doomed Bird of Providence are moving over their Bandcamp music to their own page. The first one to be added is the first EP, released in 2009.

The EP originally came about through idea’s Mark had after reading The Fatal Shore by Robert Hughes and listening to a lot of Jacques Brel. It was originally released as a very small run cd (30-40 copies) on Laily Recordings. It was later put out, digitally only, on Front & Follow.

Two of the songs (Dorothy Handland, Brothers We will Be) took their inspiration from The Fatal Shore. Bells in the Dead of Night came from an old book of Australian ghosts stories and Letter from Van Dieman’s Land came from another old book that explained (in a very far fetched way) the Red Barn Murder.

All available now for your listening pleasure over at https://thedoomedbirdofprovidence.bandcamp.com/album/the-doomed-bird-of-providence

Paul was a remarkable and unique figure. Together with his partner, Emma Blackwood, he produced a huge amount of art and events. The Doomed Bird of Providence were included in a bunch of Punkvert events early on and had our first ever release on a compilation by their label, Ex Gratia Recordings. We always appreciated the support and encouragement Paul and Emma gave us.

This wonderful write up by Emma gives you a picture of this remarkable person.

Love to his family. 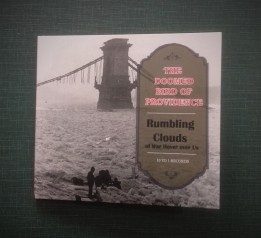 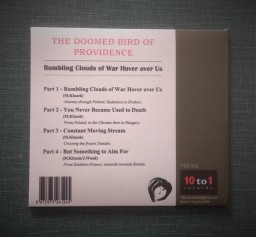 After some delay the cd version of Rumbling Clouds of War Hover Over Us is now available.

As with the digital release, whatever money you send goes to Médecins Sans Frontières.

To purchase, head over to

https://thedoomedbirdofprovidence.bandcamp.com/album/rumbling-clouds-of-war-hover-over-us
Thanks for your support and take care,
The Doomed Bird of Providence 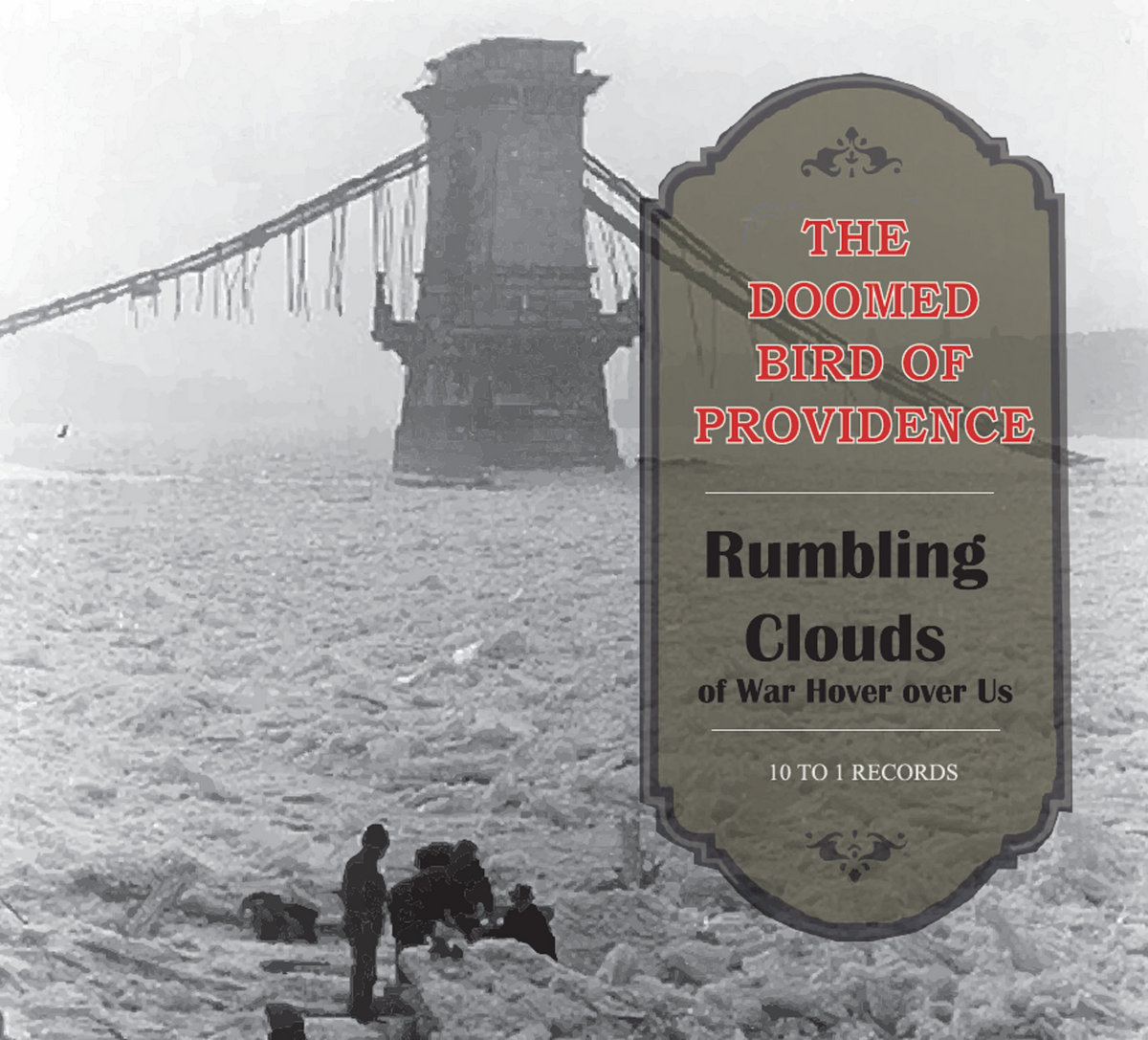 Rumbling Clouds of War Hover over Us is the new release from The Doomed Bird of Providence.  Covering the difficult journey Wladislaw Kluzek took across Europe after the invasion of Poland in 1939.  The EP title comes from his own words; recollections he had of this journey:

“I found myself serving my National service. The rumbling clouds of war hovering over us. Being an average 22 yr old I’d started to count the weeks towards the day the army would have me no more and I would return home, being young and free. “ 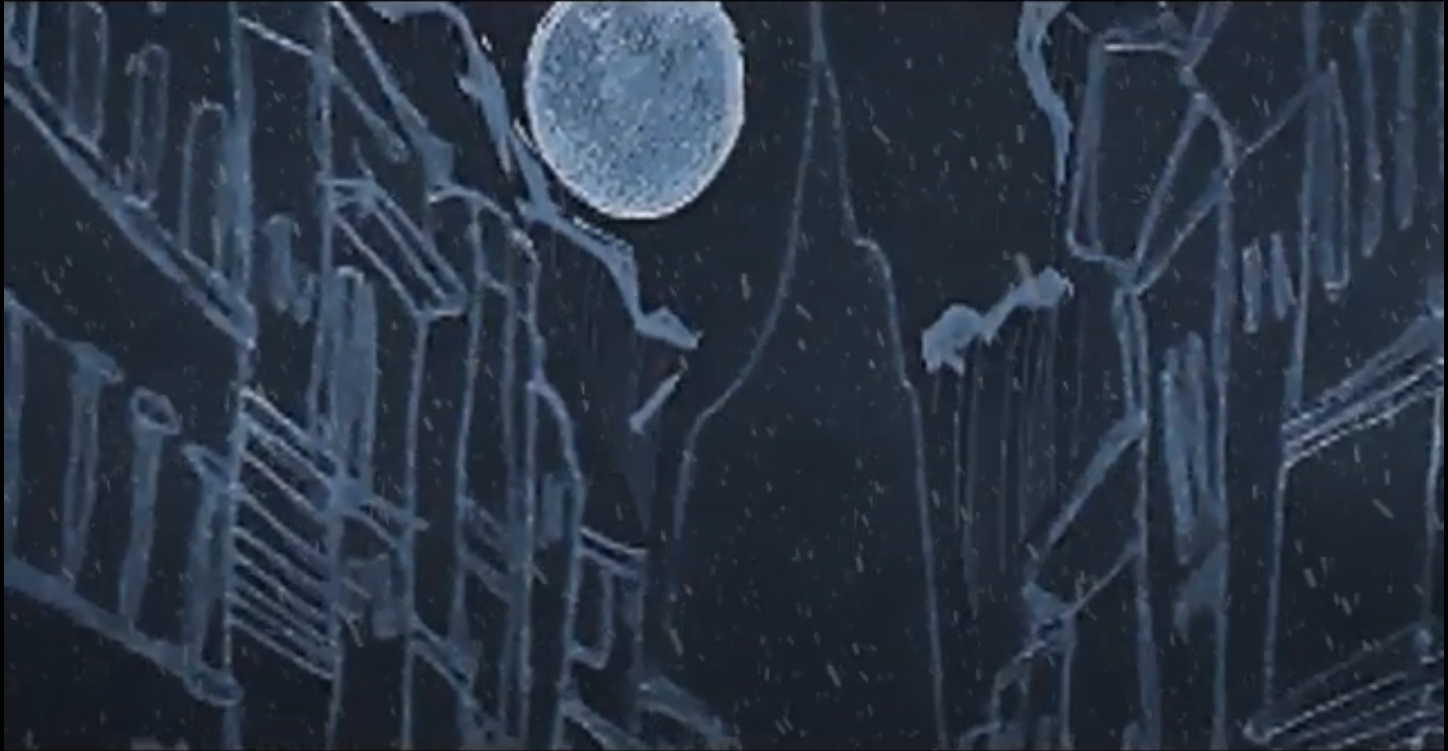 A set of animations covering the journey can be watched on this playlist.

Purchase to EP at 10to1records.bandcamp.com

Thanks for your support.  Keep safe!

The Doomed Bird of Providence
Blog at WordPress.com.
Loading Comments...