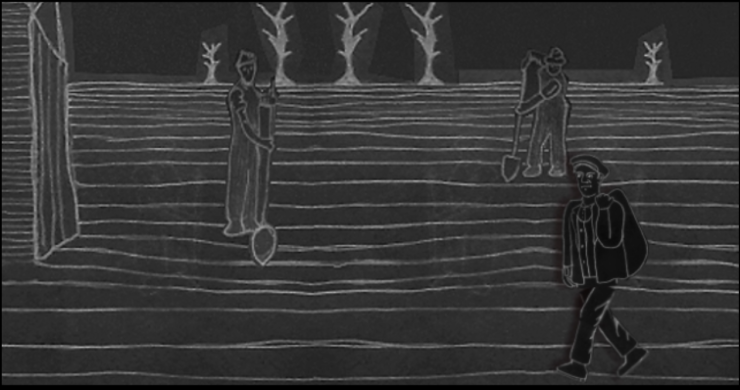 What a time to release something. I hope you are all well and for those who have continued to follow/listen to the band I’d like to send out a very genuine thank you.

The Doomed Bird of Providence will be releasing an EP (cd/digital) in about a month’s time. It is a real departure from the previous release (Burrowed Into the Soft Sky). It is based on the story of Władysław Kluzek, a Polish soldier who crossed across Europe through the harshest conditions during WWII. Władysław is Mark Kluzek’s Grandfather.

Preceding the release four animations depicting parts of Władysław’s story will be released weekly up until the release date. The first animation will come out Monday 23/3/20.