Clive Bell wrote a full page review of the new album in the most recent issue of Wire Magazine.

Clive Bell writes: “Sometimes cussedness is an essential virtue for musicians. The Doomed Bird Of Providence’s Mark Kluzek oozes cussedness like sweat. He’s an Australian in exile, assembling a group of Brit players to realise his singleminded vision, which involves Kluzek barking out blacker than black tales of horror and misery from Australia’s early history. Blind Mouths Eat is his second bulletin from the festering underbelly of 19th century Oz.”

Two tracks from the new album can be streamed over at the Wire website: 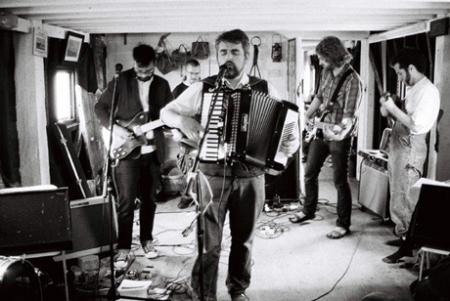